Our hosts for Irish Soda Bread are Carla and Cathleen. The recipe will be posted on their blogs.

Four simple ingredients go into the basic Irish Soda Bread recipe, although you can add in other things like raisins, orange zest and such. I stuck to the basics.  My dough was really wet and sticky.  I added in a touch more flour when kneading the bread, but I didn't want to overdo it. I'm used to baking bread with yeast and I know that the amount of flour needed varies a bit each time you bake. This is the first time I've made a baking soda bread and I was afraid of making the bread too dry. 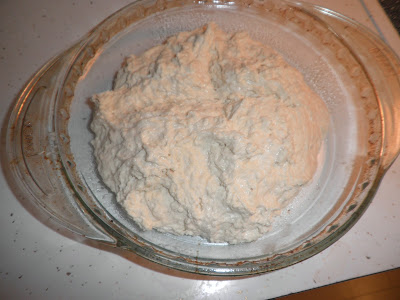 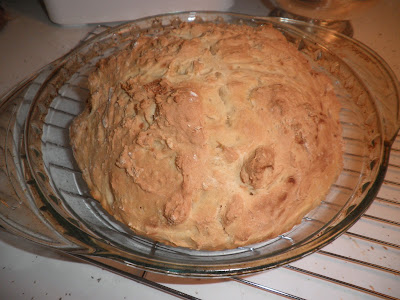 The bread came out nicely, but not great. On the positive side, I loved the texture. It was dense and chewy. On the negative side, it tasted a bit salty and I didn't break up the baking soda enough. There were a couple of brown spots in the finished loaf that tasted of cooked baking soda. Fortunately, we could see them and pick them out. In our family, I was the one most bothered by this. The other three liked the bread.

Will I make this again? I'm not sure. It's certainly easy enough and I can make changes to make the bread less "baking sodaish" and salty, but I enjoy working with yeast and there are so many recipes out there to try.

Looking ahead to pizza rustica.
Posted by Judy at 6:53 AM 9 comments:

Email ThisBlogThis!Share to TwitterShare to FacebookShare to Pinterest
Labels: Baking with Julia, bread

I have a long, loving relationship with rugelach. I grew up in a home that appreciated food. My mother could be an adventurous cook, but baking was only a once or twice a year activity. Other than that, baking was a mystery best left to the wonderful bakeries in town.We did have one baker in the family; my grandmother from Omaha.  When our grandparents came for their annual visit, she often brought her famous rugelach. Hers were perfectly shaped little rolls filled with cinnamon, raisins and nuts. What a treat!  So I was delighted that our baking challenge this time is rugelach.

This week's Baking with Julia challenge is hosted by Margaret and Jessica. Those are the sites to visit if you would like the recipe or you can find it on pages 325-327 of the book,  Baking with Julia. I had the house to myself on Saturday, so I made the dough in the morning, let it cool in the fridge all day, rolled it out and filled it in the early evening and baked it Sunday morning before everyone woke up. It's that kind of recipe; each step made in its own time. 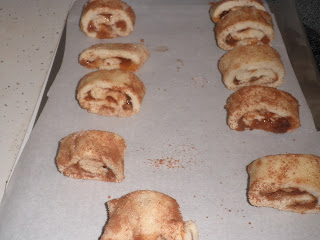 I made some minor variations to the recipe. My dough was very, very wet and I added about a quarter cup of flour.  It worked much better.  And, as I learned with the Chocolate Truffle Tartlettes challenge, the refrigerator is your friend. Cooling the dough made it very easy to work with.
I left out the dried fruit. I wish I could say it was because of a well thought out plan, but frankly I noticed that the raisins I had on hand were not as fresh as I would have liked. Put another way, they were ancient and I didn't want to risk using them. (I'm married to a toxicologist whose favorite saying is, "When in doubt, throw it out.") 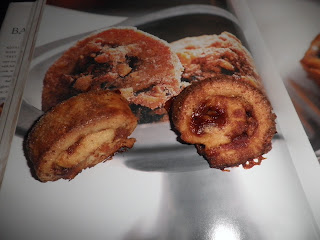 In the end, my rugelach were not as beautiful as the photo in the book, but they were tasty just the same. I've had a hard time resisting them with their tender dough, carmelized sugar on the bottom of the cookies and the cinnamon goodness.